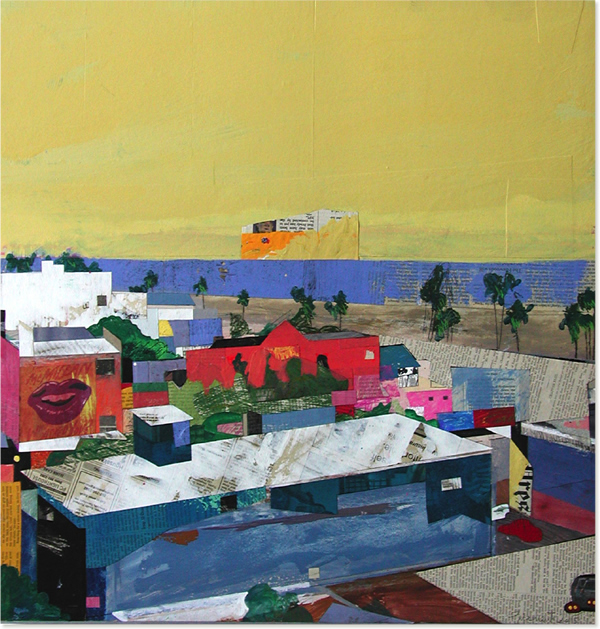 48 Hours with Artists and Maine Back Roads

One of my favorite road trips has always been to head “Down East,” leaving the major highways north of Portland and taking the roads less traveled. The coast of Maine measures 228 miles, but the actual coastal coastline measures 3,478, when you take-into-account the craggy peninsulas, coves and islands. The trip I took last week only took a nibble out of this serpentine trail and included the towns of Bath, Woolwich, Lincolnville and Phippsburg with some favorite stops along the way.

My first stop was in Bath to visit printmaker Siri Beckman, an artist I regret not having exhibited in the past. Originally from the Chicago area, she moved to Stonington, Maine in 1975 and to Bath in 2017.

Although she had a background and work experience in graphic design, it was not until she moved to Maine that she began thinking about becoming an artist. Teaching herself the art of wood engraving, she craved out a studio in her self-built home in the woods. Her small, black-and-white wood engravings capture the beauty and spirit of Stonington, depicting the

landscape, the fishing community and activities on Penobscot Bay. The high contrast and detail of these small prints draw you in and then captivate you by the stories they tell. These qualities led to book illustrating projects like A Week at the Lake, published by Down East Books. For many years she illustrated articles for The Island Journal.

In 1990 she received her MFA degree in print making and book arts from the University of the Arts in Philadelphia, which led to teaching and artists’ residencies in six National Parks, including Maine’s own Acadia. View more of her work at The Page Gallery in Camden and The Green Lion Gallery on-line, and the Courhouse Gallery in Ellsworth.

Over the Sagadahoc Bridge to Tom Paiement’s Studio

There were numerous lefts and rights before I pulled up Tom’s driveway. Although I had misread my directions, knowing that Tom’s background was engineering, the moment I spotted the solar panels and the contemporary architecture of the house, I knew I had found the right place.

Tom grew up in Brunswick, Maine and admits that his exposure to art was nil. He received a BS degree in Mechanical Engineering from the University of Maine and started his working life in the aerospace industry. After numerous serendipitous exposures to art, he realized a need for a creative outlet and took a new path.

He earned his MFA in Printmaking at the University of Iowa in 1985, taught for several years at the Hamline University in St. Paul, before returning to Maine.

His large, brightly lit studio is spotless and very well organized: paintings properly arranged in racks and his paints lined up in order of color. He divides his work into themes and series, with sub sections such as Abstract, Music, Figurative and Entropy Series. This all speaks to the mathematical side of his brain, but the paintings themselves are all heart.

His paintings are rich in color and texture and there is a strong graphic quality to his compositions. Many of the paintings are made up of collaged papers, newsprint, objects, screen prints and drawings. Although mixed media, the final painting surface reads as one. Quoting Kelley Lehr of Greenhut Galleries his paintings are a “highly authentic and fiercely imaginative take on whatever subject matter he finds himself enthralled with and are equaled by his talent and skill level.” More of his images and background are on his website and his artist page at Greenhut Galleries.

Off the Beaten Path Specialities

In the summertime, traffic on Route One can be intense, especially through Wiscasset, which boasts being “The prettiest village in Maine.” Some of my favorite detours and stops include Alewives Fabrics In Damariscotta Mills, Beth’s Farm Stand in Warren, and my favorite is Morses’s Saurerkraut in Waldoboro.

In addition to their signature sauerkraut, they produce a variety of traditional crock pickles, relishes, mustards and horseradish. Who would have thought one would find such a wide variety of cured meats, sausages, cheese, craft beer and wine from across Northern Europe on this Maine back road. Their restaurant is closed at the moment, but when it reopens, go for the Apple Strudel “mit Schlag” (whipped cream.) These are all worthy places to stop. Click on their links above for more information.

An afternoon and evening in Lincolnville Center

Routes 17 and 225 are inland roads that run behind the Camden Hills, that this day were frosted with snow. There are numerous large farms and ponds along this route which by- pass the busier sections of Route One. I always make a stop at the Lincolnville General Store, again a surprise off the beaten path. It has become the cornerstone of the community since it was renovated in 2017 by Briar and Jon Fishman (drummer of the band Phish). Read more about the renovation and the Lincolnville Community in this Bangor Daily article.

Although one could make a day trip to this part of the mid-coast, my plan was to spend the night with my friend/artist Barbara Sullivan who had just moved to Lincolnville from Solon, Maine. Barbara is best known for her frescos and I will write more about her work in a future newsletter. Since she was only just getting settled in her new house, and a house guest could be an imposition, I endeared myself by bringing pasta and a White Bolognese sauce for our dinner. Barbara made it a party by inviting artists Sam Cady and Stan Sante to join us. We all were fully vaccinated, and it was a very jolly and back to normal evening.

A visit with Siem van der Ven and Kate Braestrup

﻿Siem’s ceramics are exquisite and explore many different forms, both sculptural and functional, stoneware and porcelain, gas and wood fired. During my visit he explained his techniques to make his dimpled patterns using German designed tools and vacuum air filters. View more of his work on his website.

He is a very likeable and approachable man and that is summed up in his bio statement. “I follow these threads through my life: making things, cooking, drawing, sailing, teaching, being a father (the very best work I’ve been a part of). I have never let go of the stage in which I learn from my fingertips inward.”

Siem invited me into the house for a cup of tea where we were joined by his wife Kate. I teased him that Kate is even more interesting than he is, something, he says, he hears often. Since 2001, she has served as chaplain to the Maine Warden Service.

﻿Her job includes joining wardens as they search the woods and waters of Maine for lost hikers, snowmobilers, or anyone who has lost their way. Besides providing pastoral care for people in the warden service, she travels around the country to train police and first responders in Critical Incident Stress Management.

Kate is also a national bestseller writer. Her personal journey from grief to faith to happiness is beautifully recounted in her memoir “I am Here if you Need Me.” I have read it once and plan on reading it again. It is a terrific book and has received high praise. More about Kate here.

In Here If You Need Me, I sensed immediately that I was in the hands of an authentic voice – of an authentic human being. Kate Braestrup’s story, and the straight-forward prose in which she tells it, brought me to tears in one paragraph and made me laugh out loud in the next. This is one of the best memoirs I’ve ever read.”

The only scheduled stop on my way home, was to visit artist Dan Dowd in Phippsburg, a town down the peninsula from Bath. Dan works as a security guard during the week at the Bowdoin College Museum of Art and Sundays are the best days to catch him at home.

Dan describes himself as “an artist, rummager, conservationist, and a SAAB driver.” He creates unique sculptures out of found objects and discarded materials. His artistic eye finds beauty in the patina of black, rubber inner tubes, rusted metal bits, old tools, and a wide array of lost – now found- objects. He collages pieces of fabric, old coats, shirts, ties from people he knows as well as strangers, and assembles them into “portraits.”

His studio is a small room in his house, which has a stunning distant view of Atkins Bay and Popham Beach. His art materials, salvaged from the Phippsburg transfer station as well as donated from friends, are piled around the studio within easy reach. His eclectic aesthetic is throughout his house and garden as you can see in this Down East article and The Mainer’s Blog..

Dan moved to Phippsburg in 2001 and for the past 15 years has been an active member of the Phippsburg Land Trust and is currently chair of the conservation committee. He witnessed the encroachment of development on the town in Massachusetts where he grew up and he did not want to see this happen in Phippsburg. There are more than 31 miles of hiking trails on the Phippsburg peninsula and Popham Beach, is hands down, the most beautiful beach in Maine. You could spend days exploring the area and I have heard that the Sebasco Harbor Resort is a terrific place to stay.

Dan is preparing new work for an exhibition at the Danforth Museum this Fall.